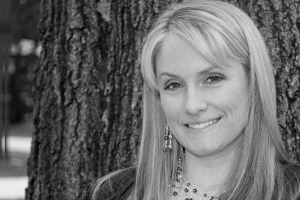 In the dark hallways of an eerie school of mermaids, trash trolls, and magic, there is also attempted murder.

Leave it to Kayla, the summer Craft intern, to conjure up  an interview with the mind behind The Arkwell Academy series, Mindee Arnett.  Her contemporary fantasy collections for young adults delves into the life of Dusty who is literally a nightmare. Not because she is a headstrong teenager, but she actually has the responsibility of invading people’s dreams. That is where Dusty stumbles onto a few clues that land her right in the middle of some unsolved crimes. The first novel, The Nightmare Affair, was nominated for best fiction for Y.A. by Young Adult Library Services Association, and its successor, The Nightmare Dilemma, has already received tremendous praise from its readers. As Arnett said during her interview at the 2014 Ohioana Book Festival, “I really wanted it to be a fun environment. Basically, the kind of school I would want to go to if I could.”

Mindee Arnett has a bachelor’s and master’s degree in English literature from Wright State University. She currently lives with her husband and two children on a farm in Ohio where she is free to ride horses and collect as many cats as she wants. This author’s creative abilities led her to publish the sci-fi adventure, Avalon, featuring a rebellious hero, and other short stories for magazine publication. If you ever have the pleasure of meeting Arnett, be sure to ask about all of her wide varieties of hobbies (both old and new) such as amateur boxing and Civil War reenacting.

If you don’t quite have the right spell to get a visit with Arnett, you can listen to her broadcast 90.5 WCBE on July 16, 2014 at 8:00 PM or listen to the full interview.  Arnett appreciates her online followers, so feel free to like this charming author on Facebook and follow her on Twitter.