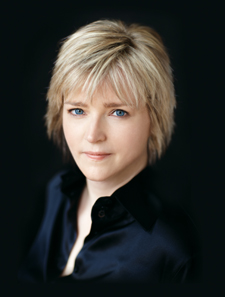 Karin Slaughter’s debut novel, Blindsighted, was shortlisted for the Crime Writers’ Association’s Dagger Award for “Best Thriller Debut” of 2001. Since then, she’s released over a dozen books which have sold over 30 million copies. She’ll be a guest author at the Thurber House on  Wednesday, September 30. Her latest book, Pretty Girls, is an exploration of “the relationships between people connected by blood, by love, by shared history. This is a [book] about family secrets and betrayals.” Listen in to hear about what family difficulties got her interested in this topic, why she released a web-only short story related to the novel, and what government service’s funding Karin Slaughter thinks is “a tragedy.”