Checking out the Back 40 with Robin and Linda Williams 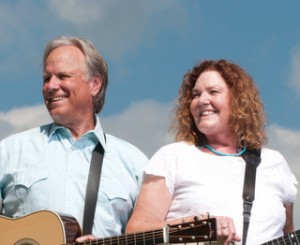 If, like me, you’ve listened to Prairie Home Companion for years, you know the Hopeful Gospel Quartet. Half of the Quartet is Robin and Linda Williams, a folk duo with 40 years of performing in their past. Their latest album is Back 40, an interesting retrospective of their career in which they re-recorded various songs that had for various reasons not been as successful or as well-known as they’d liked them to be.

They wrote or co-wrote 11 of the 14 songs on the album with the rest by luminaries like Joni Mitchell, Bob Dylan, and Hank Williams. Tune in to find out the background to some of the songs and which one of their albums I just couldn’t get to work for me, not matter how many times I listened.

They will be performing at the Midland Theater on November 21 at 7:30. Be there!

The Craft of Robin & Linda William

Current: Host of Craft on WCBE, 90.5 FM, central Ohio's NPR station. Former: creator, host, and producer of Writers Talk
View all posts by Doug Dangler →
This entry was posted in Events to attend. Bookmark the permalink.