John Scalzi: how to stay employed as a writer 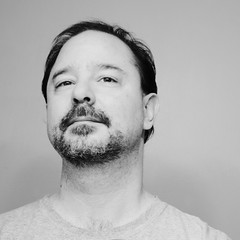 Writer John Scalzi is an Ohio resident and the author of several award-winning science fiction novels. He also runs a popular blog, Whatever. Scalzi was the recipient of the 2016 Governor’s Award for the Arts in Ohio. Scalzi will be at the Ohioana Book Festival on Saturday April 23rd. Listen to my conversation with John Scalzi for his thoughts on genres old and new.

Though writing is a craft, Scalzi emphasizes the need for a business mentality when pursuing a career as a writer. He likens the career to running a small business. This played an especially crucial role when first delving into Young Adult fiction. He did ample research on the specifics of the younger audience. “Part of running a small business is making sure you understand the landscape of the business that you’re doing: where the market is now, where the market is going, what has worked, and what hasn’t worked,” Scalzi said.

Scalzi may be new to Young Adult fiction, but his other writing has garnered significant praise. His novel, Redshirts, won the Hugo Award for Best Novel in 2013. Scalzi was also the recipient of the 2016 Governor’s Award for the Arts in Ohio.

““I really wasn’t expecting anything for two reasons: (1) if you look historically at the people who have won the Governor’s Award in the Arts haven’t been writers by and large and, of course, (2)  I am a genre writer,” Scalzi said.

Here he is mainly referring to the difficulty of genre writers, such as those who write science fiction, mystery, or romance, for breaking through and gaining mainstream critical praise. Scalzi’s work was, of course, able to break those barriers.

John Scalzi will be a featured guest at the Ohioana Book Festival on Saturday, April 23rd at the Columbus Sheraton Hotel.