Do you believe in ghosts? First time and Thurber House guest author Janis Heaphy Durham does. Listen to our interview with her, and you might too.

Durham is the author of 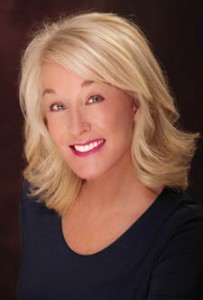 the story of her husband’s passing, the seemingly impossible events that took place in the aftermath, and Durham’s journey to make sense of it all.

In May 2004, Durham’s husband Max died from esophageal cancer. Soon after his passing, a series of mysterious events occurred. Clocks stopped on his time of death, Durham heard her husband’s voice, and finally, a powdery hand print appeared on their bathroom mirror on the anniversary of Max’s death.

Durham was curious, but skeptical. Having spent her career in the heavily scrutinized newspaper industry, she approached these seeming attempts at supernatural communication with caution. To investigate the events that had occurred in her life, Durham began research into the afterlife.

Durham’s research visited upon several scientific fields and interests, ranging from consciousness studies to quantum physics. Her book attempts not only to share her story, but also to use her research to open up a larger conversation into the difficult subject of life after death.

Listen in to our interview with Janis Heaphy Durham to hear all about her adventure in detail.