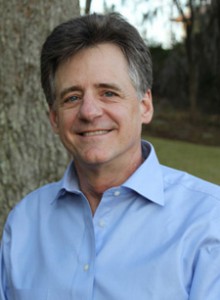 All fourteen of Jeff Shaara’s novels have been New York Times bestsellers, starting with his first, Gods and Generals, in 1996.

It’s an impressive track record and he’s got an impressive family history, too. His father, Michael Shaara, won a Pulitzer Prize for Killer Angels, the source material for the film Gettysburg and the impetus for Jeff writing  Gods and Generals, a prequel to Killer Angels.

Listen in to hear Shaara describe

Shaara will appear as part of the Thurber House’s Evenings with Authors on June 3.