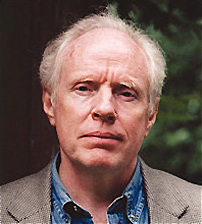 Career politicians, backroom deals, and Congressional contention are not exclusive to today’s political landscape. As author and historian Fergus M. Bordewich would be quick to point out, “the great American tradition of political trench warfare” was just as prevalent early years of the United States. Bordewich’s new book, The First Congress: How James Madison, George Washington, and a Group of Extraordinary Men Invented the Government, discusses, well, exactly what the title suggests as it takes a gritty look at the founding fathers.

While writing Washington, a book about the creation of Washington D.C., Bordewick found himself fascinated by the first Congress – the uncertainty, contention, and immense productivity. As Bordewich remarks, “[the founding fathers in Congress] were working in the dark. Very few people had confidence that this new government created by the government would work.” The book details the country’s formative years truly as “an experiment,” with President Washington and Congress simultaneously figuring out their respective roles.

Listen in to hear Bordewich disclose the little-known controversies of a brand new government and draw parallels to today’s tumultuous climate. Bordewich is the author of seven non-fiction books and has contributed to the New York Times, the Wall Street Journal, and more. He will be in town at the Thurber House February 22nd.